He meets table tennis by chance thanks to his dad (thanks Pio and mamma Francesca!), who was bringing home a plastic net and a set of plastic rackets with a sponge ball to be used in every table or flat surface of the flat.  Even if the approach wasn’t the most professional one he falls in love straight away for this sport and this is shared also with his parents who buy a table to use during “free time”. “free time” becomes in reality every evening and avery moment is welcome for Emmanuele to play table tennis with his parents and friends, at home as well as at the parish.   He wins at the age of 10 a school tournament and he looks astonished as the exhibition between Joze Urh, his future coach, and Alessia Arisi, the best all time female player in Parma.

He subscribe to TTClub Parma in november 1991 with other schoolmates who will not follow him the year after keeping on playing.  On april 1993 he win youth ragional qualification ranking of his age winning against his historical “friend-opponent” Mattia Crotti.  He qualifies then first time for youth italian championship and he surprisely enters the first 16: national coaches like his performance so he’s called to take part in a 15 days summer stage in Italian Table Tennis National Center in Fiuggi.

From that moment trainings become 5 per week and becoming a top player is the main goal of Emmanuele.  His debut in Italian first league is at the age of 13 against Monza(Milan).  He wins all regional youth titles in every category and competition: single, double, double mix and team competition His best cadet ranking is n. 7 and his best junior ranking is n.4  . He becames protagonist at Italian Championships in Bologna in 1997 winning his first italian title in double “third category” with Crotti and he gets also a bronze medal in single competition.

In 1998 he’s coming through the hardest moment in his career: he has regular training but he doesn’t play a lot of matches, he doesn’t always have the best relationship in club with other young players and coach as well. But at the last Youth  Italian Championships of his career (he would turn “Senior” the following season) on May 1998 in Terni he gives everything he got and he’s successful: he conquers junior double title coming back from 1-0 down and 19-16 on second set, he makes the last and crucial point on team competition with n.1 of opponent team giving team competition title to TTParma and the last day on single event he reaches final and silver medal even not losing a single set and becomes “virtually” the true italian champion on single event as well.  In July 1998 he’s selected as leader of Italian Youth National Team to play Youth World Champioship in Moscow: he realize a score of 7 victories on 10 matches on team competition and he enters the first 32 players on single event.

During the next season he conquers promotion in first league together with Crotti, Tomasi, Lucesoli and coach Urh where he will play the further year hiring a final 5th place as a team. 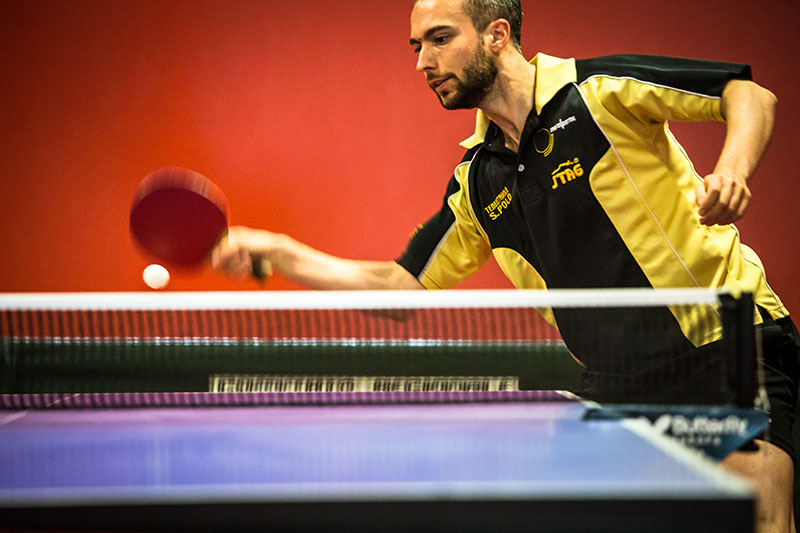 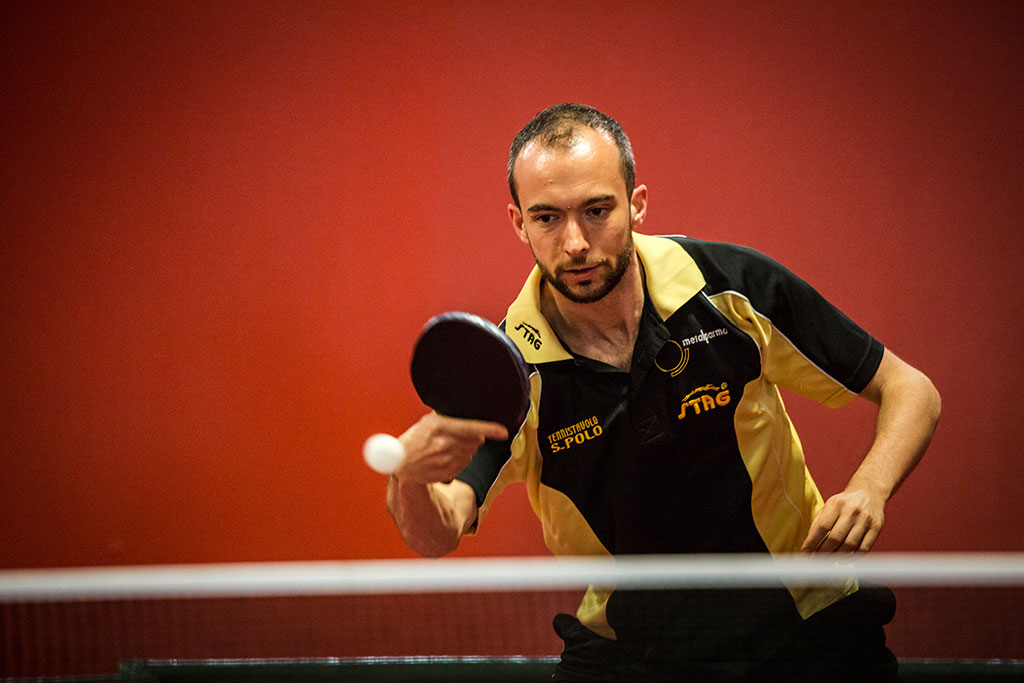 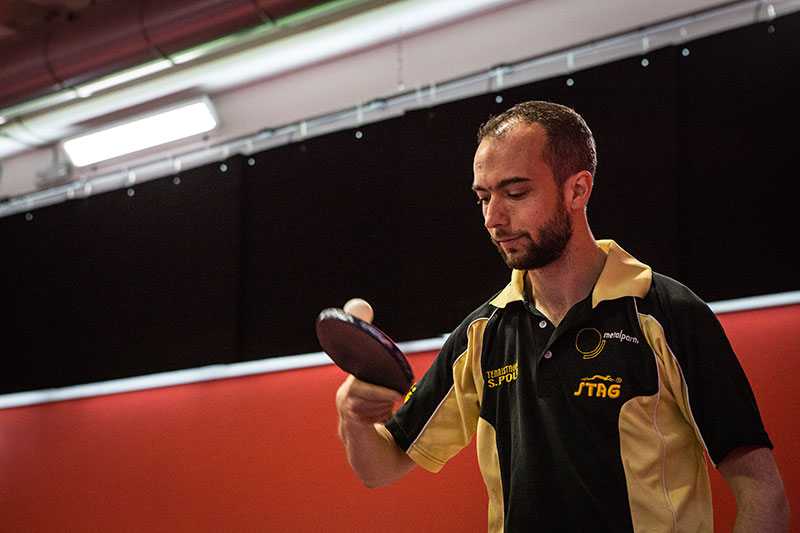 On 2001 and 2002 he still plays in second league in Parma and he reaches bronze medal in team event at Italian U21 team championships together with Luca Ziliani.  In june 2002, after 1 year without his beloved coach Joze who came back to Slovenia with his wife Andreja Ojstersek to train national team, he plays for one season in B1 in Darfo Boario Terme conquering promotion with local team.   After a new valid technical staff came in Parma (Denis Emelyanov from Moscow and Alexei Khorkov from Arkhangelsk) he comes back to play in A2 league in his native club for 3 years.   He wins on 2006 gold medal in double at Italian University Championships and silver one in single event.   He terminates his career in italian first league in 2006/2007 scoring the point of 5-4 during the last match to save the team.  The last podium at Italian Championship is in 2008: bronze medal in mix double with his good team mate and friend Martina Milic.  In April 2005 he agrees to become coach of the small club near Parma in San Polo di Torrile. 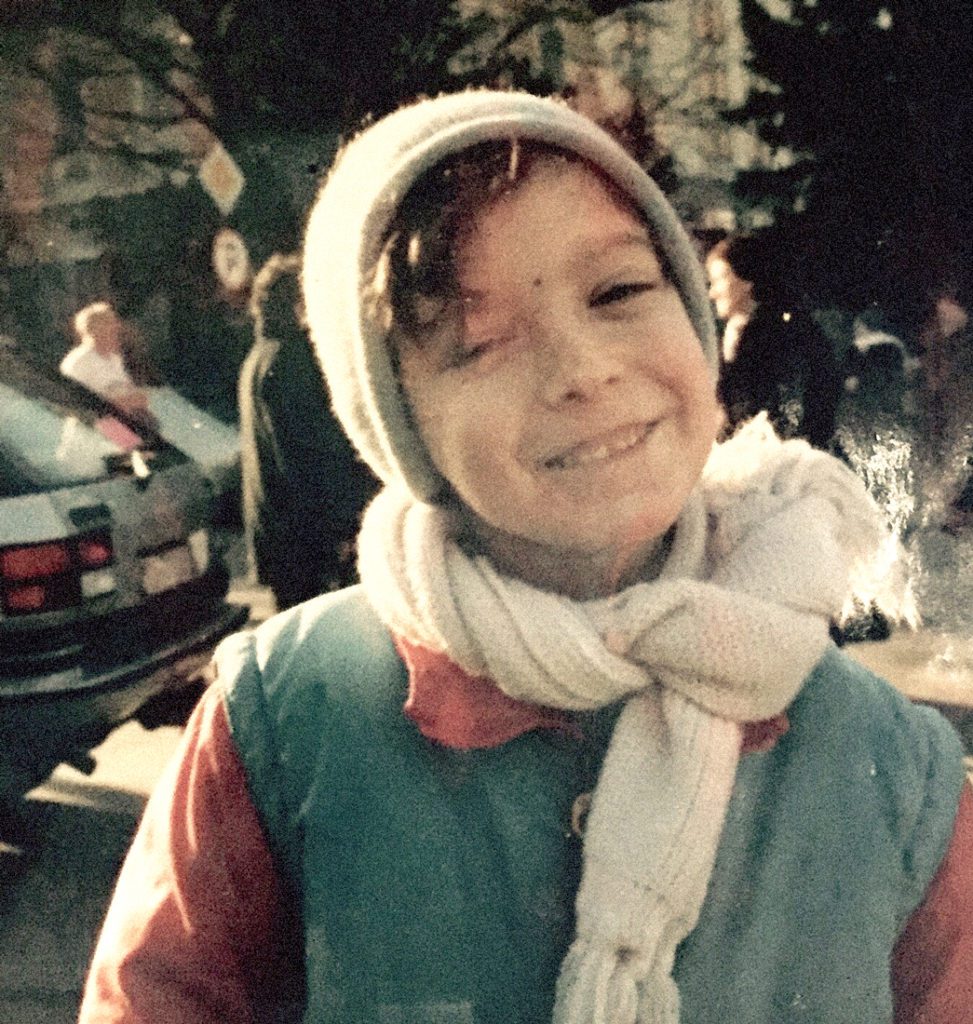 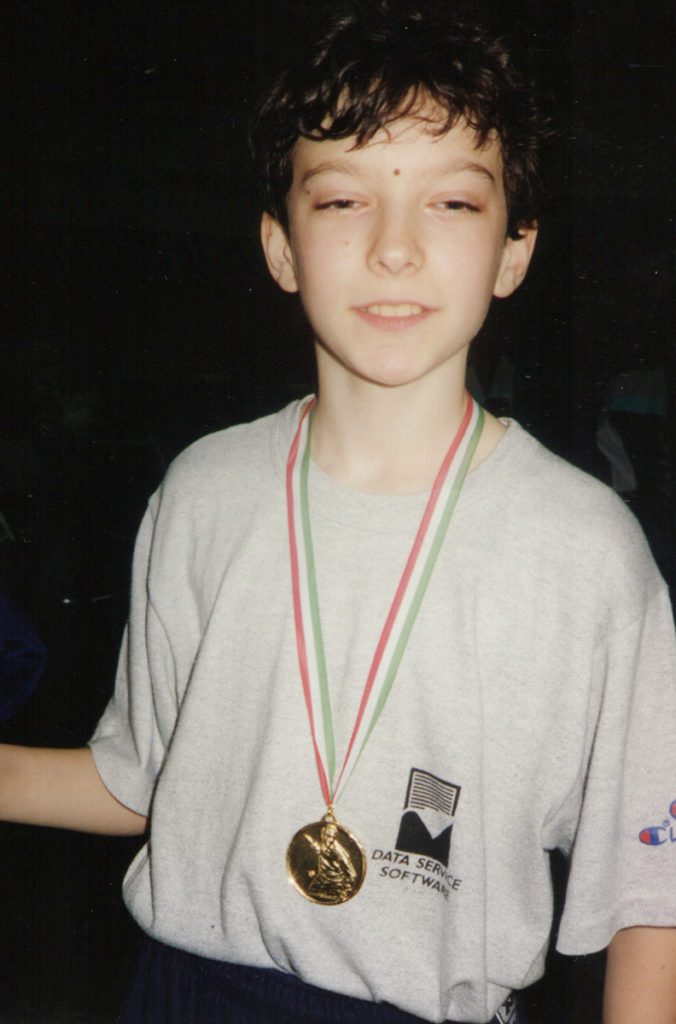 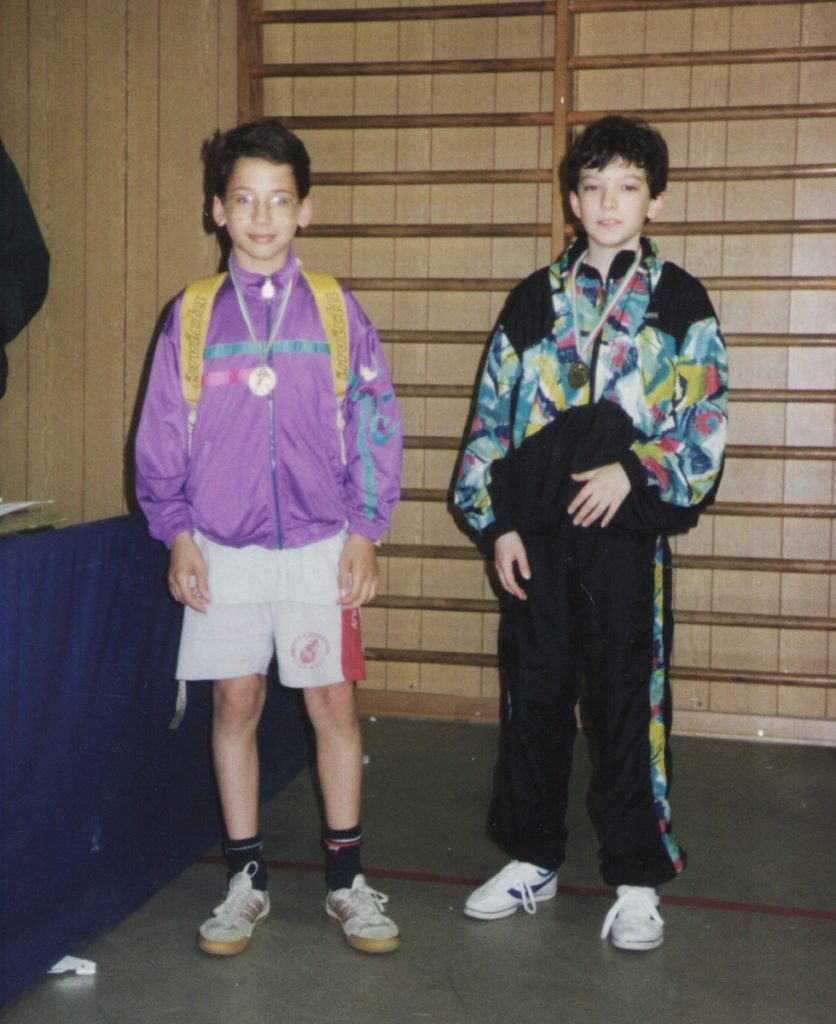 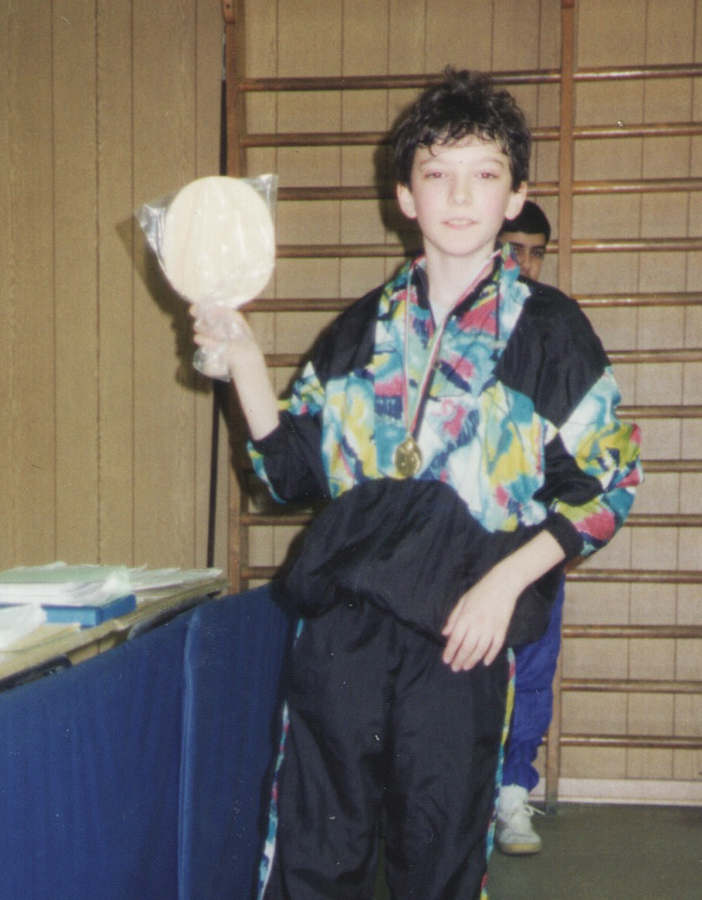 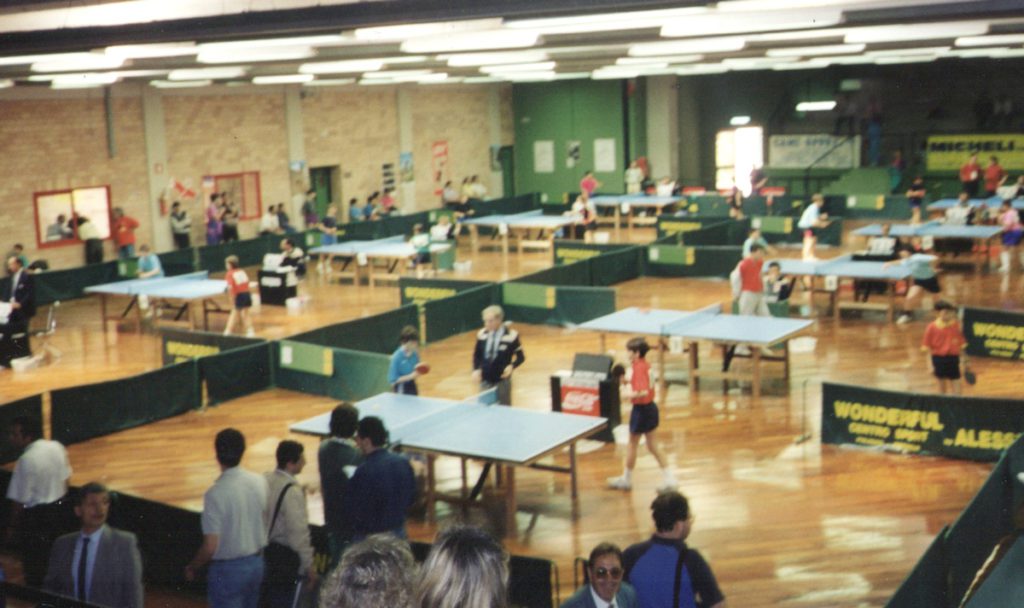 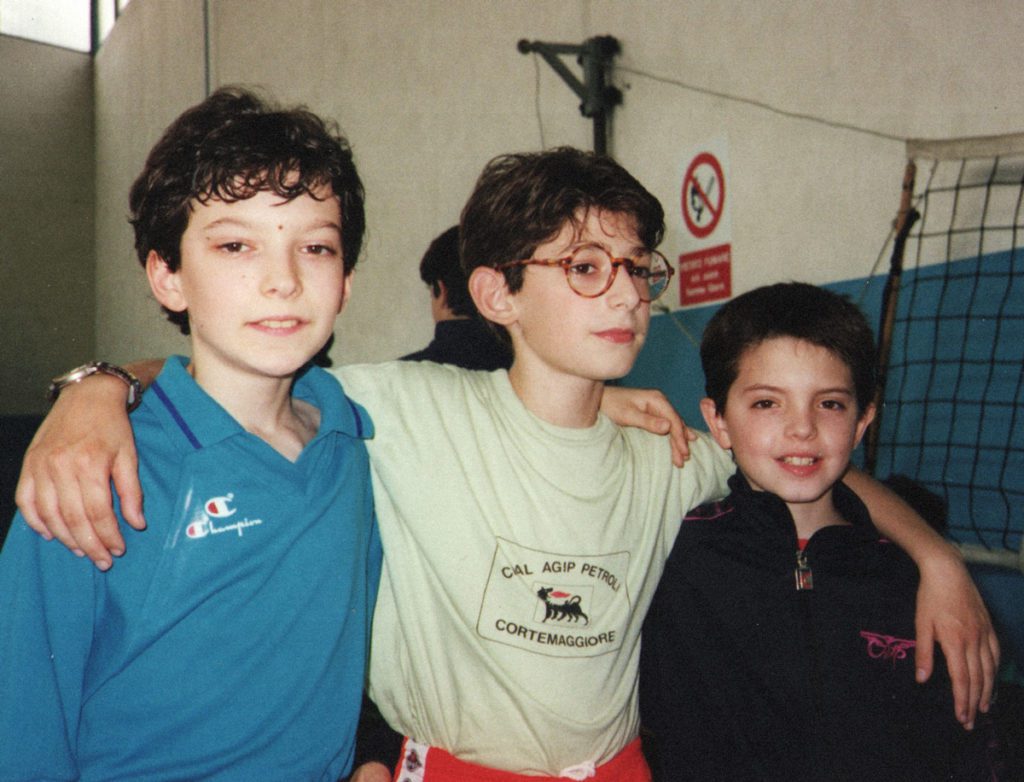 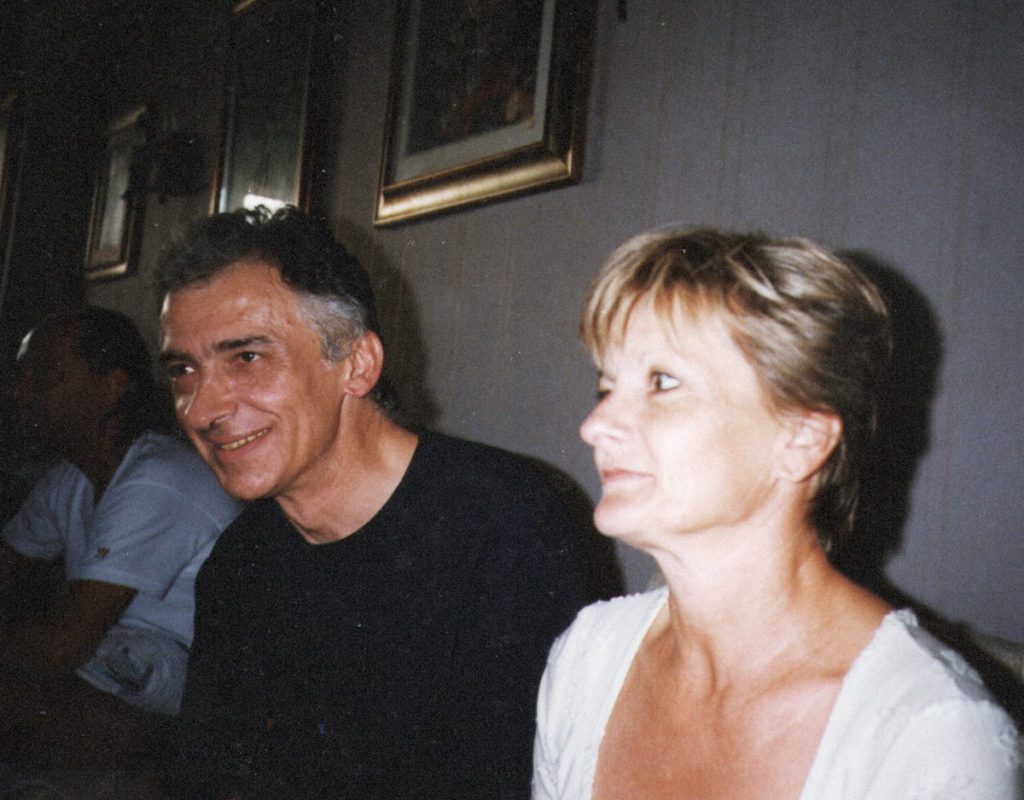 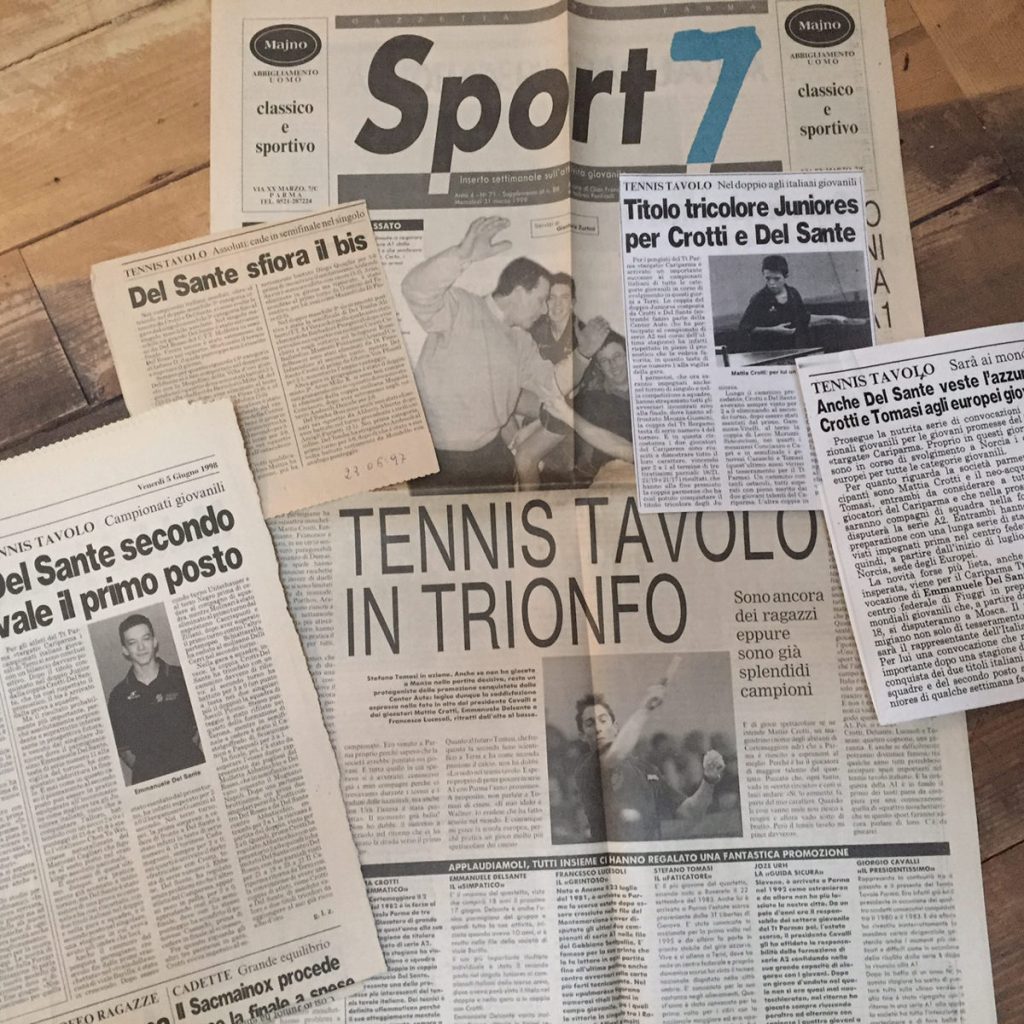